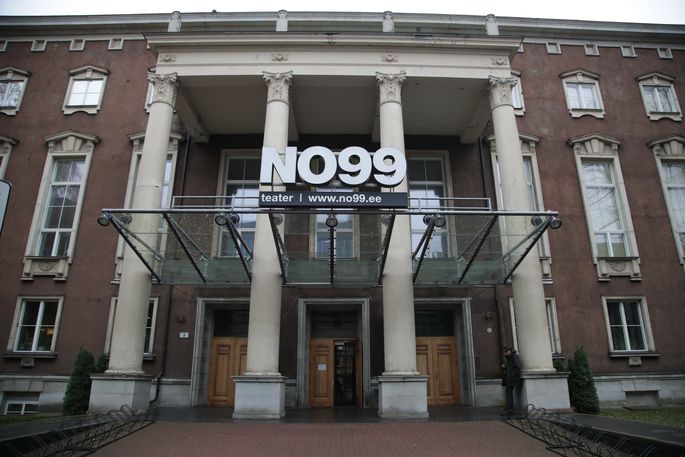 On Wednesday October 31st 2018 Theatre NO99 announced in their press release the following: “Theatre NO99 will cease to operate. Next week we will give our three last performances with “NO30 Ship of Fools” and on December 19 give a guest performance with “NO43 Filth” in Moscow. This is it.” The information confused many in Estonia, Finland and certainly all over Europe as well. But how about the remaining 29 shows in the theatre´s concept? They will not be created. And that also is an artistic choice.

The collaboration between Jalostamo² and Theatre NO99 concerning Ship of Fools started a couple of years ago. Even before that, lighting designer Petri Tuhkanen the other one of our artistic directors, had been working with NO99 on several productions. So, in this sense there was already a history between the groups when we started rehearsals with Ship of Fools in Tallinn last spring. We knew what to expect from the collaboration. Initially it felt to us like we were in one of the most significant points in our group´s history so far. And it turned out to be just that, an ambitious artistic process. From the beginning we felt that both of us were at a turning point as theaters. However, we didn´t anticipate it to be such a significant one for our collaborating partner.

Theatre NO99 told us all about their end with a note that announced the reasons behind their decision: “today we apprehend jointly that it is no longer in our might to continue working to the full merit of the ideals we once set ourselves”. The theatre was founded 14 years ago around a shared artistic passion and ideal. Now this ideal was no longer shared. The story had to come to an end. And that was an artistic decision.

In the recent years, there has been a lot of noise around the theatre. In good and in bad. There have been storms, but during this autumn, Ship of Fools gathered a full house of spectators night after night. This was just the right moment for an artistic closure. Not by external pressure, not because of money issues nor media fuss. No. By an artistic decision.

We became sad to see how the matter was presented by the media in Finland. What about the 70 performances, a large number of which toured around Europe in several acknowledged theatre festivals? What about the appreciated Europe Prize for New Theatrical Realities reward, the group was granted last December? What about the thousands of hours of sweating in the rehearsal room and on stage? All the shared artistic discussions that had made the creations as significant as they have been for the European art of theatre? We want to remember this! It has been an honor to be a part of this! This was NO99 and for a few brief moments, it still is all that. Tremendous ensemble, magnificent artistic passion and an unbelievable amount of work! Thank you for all of this!

The collaboration was artistically significant. First and foremost, working with the artistic ensemble evoked new thoughts of our art and operation. Even though the theatre ceases to exist, fortunately friendship and artistry remain. So, does anything change? Well, one institution ceases to exist, a significant one. Thank you NO99 as you have meant so much for us as well as for many other Finnish artists and spectators. Today we make history once more, as Ship of Fools sails away for the last time at NO99´s home venue at Sakala 3 and Fortuna shouts out in the storm: “Oo kapten, juhi mind sinna kuhu teed ei ole!” (Oh Capitain, lead me to where there are no roads!)

Thank you, our beloved friends – art and life goes on!