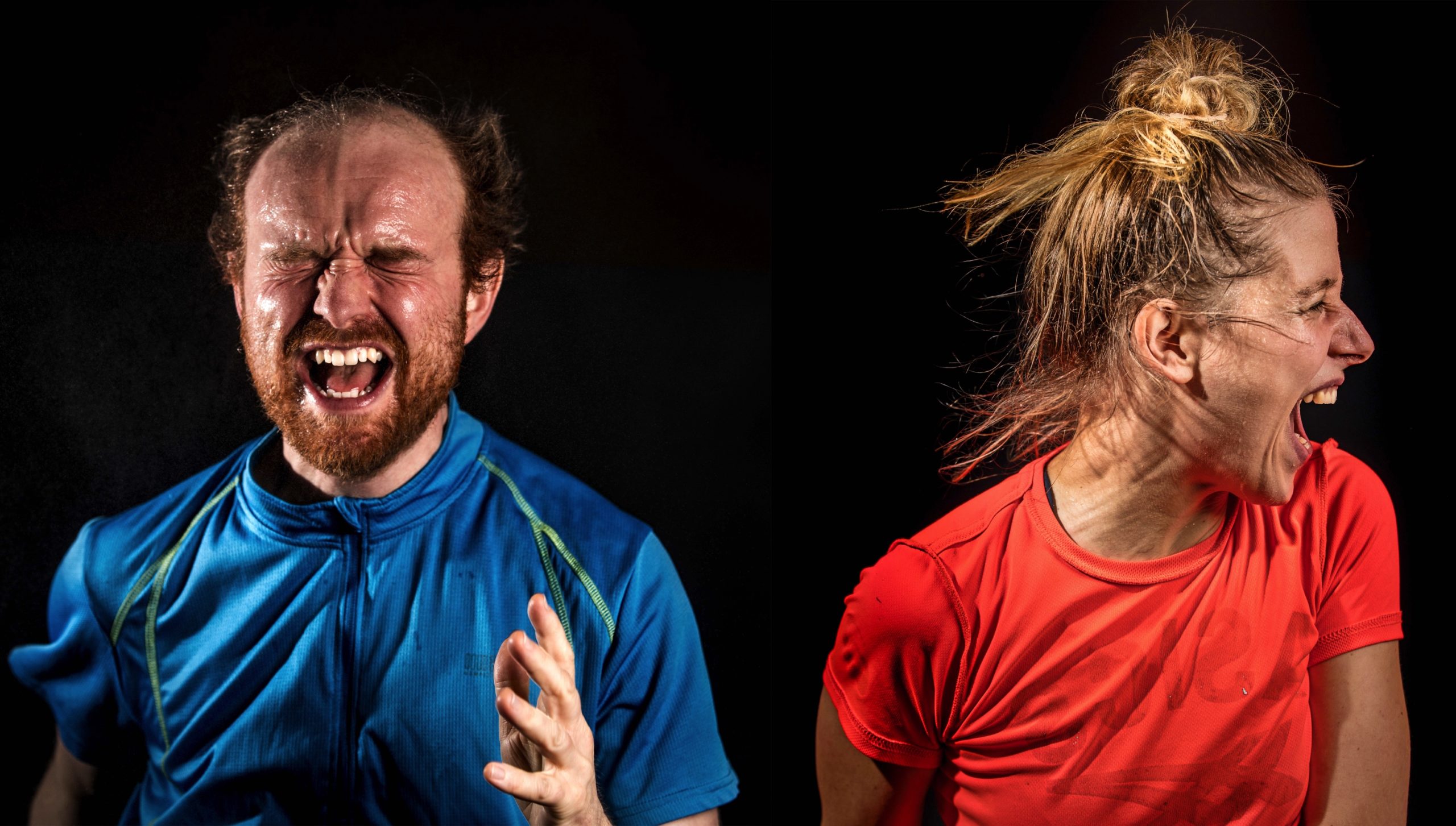 Although the pandemic has prevented theatres to run shows in Helsinki this spring the pace at Studio Total has not calmed down. Let us tell you a bit what we have been up to:

In December 2020 we started stage rehearsals in Denmark for a new creation Survivors. During this spring we have worked on the piece in Copenhagen and Århus where we visited the Bora Bora residence in April. Survivors is stage creation for two actors produced by the Finnish-Danish Location X. In the production Anna Lipponen performs and is also the author of the text combined with the movement language created by choreographer Taneli Törmä. The scenography is designed by Petri Tuhkanen.

Survivors will be premiered in Copenhagen at Teater Får 302 on October 5th 2021. Later in autumn the piece will be shown also in Odense at Dynamo theatre. Studio Total produces the show to Finland in spring 2022.

RadioLove has been selected to the artistic program of Bergen Fringe Festival, Norway. If the pandemic situation continues its fading course we are hoping to perform the show live in Bergen in September 2021.

As many other theatres, also Studio Total has had to reschedule its international shows to a later time. The guest shows in Germany have been postponed by approximately one year. Currently RadioLove is scheduled to be shown at Pathos München in February 2022 – followed by guest shows in Hamburg later on in spring the same year.

Regarding postponements, Ice Ice Baby had been invited to Lithuania as a part of the Dive into the Theatre festival in Kaunas this May. Unfortunately, due to the ongoing COVID-19 restrictions, the show at the main stage of National Kaunas Drama Theatre had to be cancelled. Therefore Studio Total’s debut in Lithuania has to wait for another moment.

New show period for Dreams for Sale in Helsinki

Concerning the shows in Helsinki we are thrilled to announce that the site-specific creation Dreams for Sale returns to the depths of Finnish National Museum. The production will have a new show period in August 2021. The show dates will be announced shortly. Also the tickets will be available in the upcoming weeks.

Studio Total’s artistic director, lightning and video designer Petri Tuhkanen (b. 1980) was awarded in Estonia. Tuhkanen received the Artist Prize (Kunstnikuauhind) awarded by the Estonian Theatre Union for the lightning and video design for Crime and Punishment (Kuritöö ja karistus) directed by Ene-Liis Semper and Tiit Ojasoo. The Prize was awarded at a gala event broadcasted by the ERR – Estonian Public Broadcasting Company on the World Theatre Day, March 27th 2021.