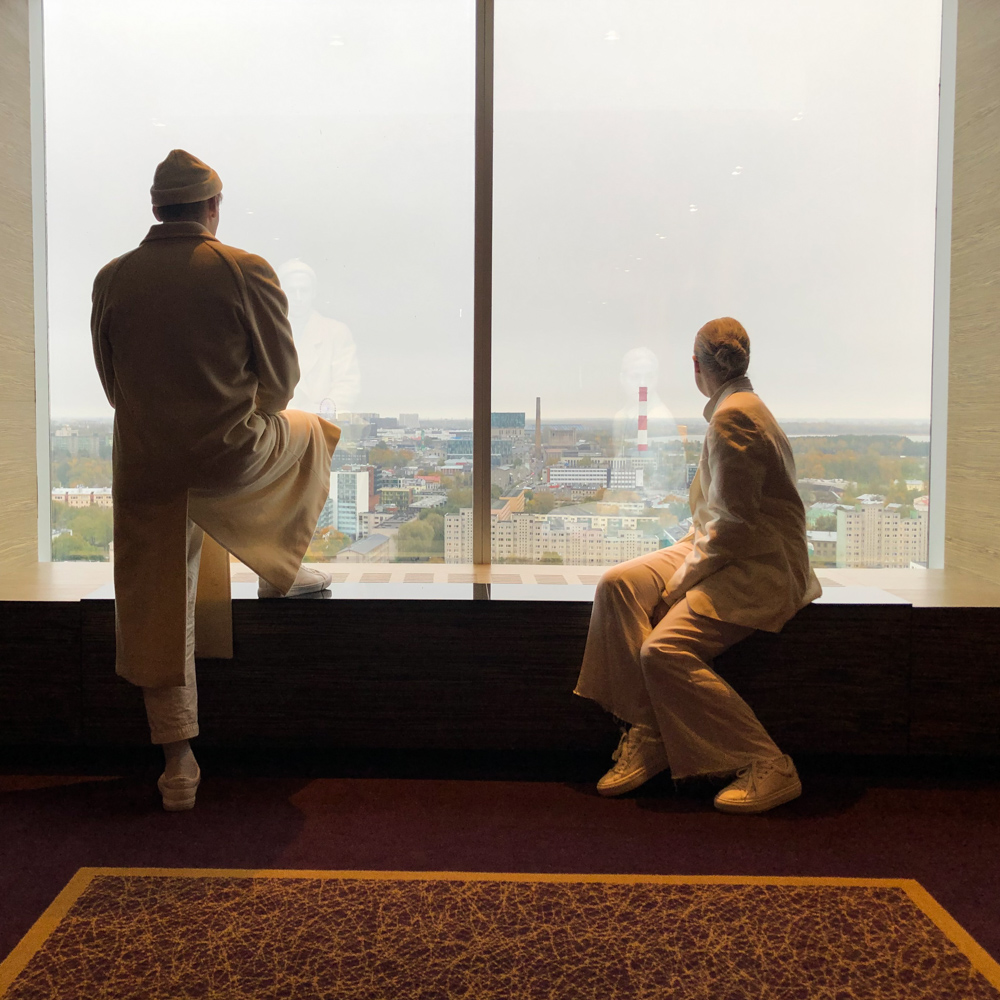 For Studio Total the season of 2021-22 is going to be an interesting cocktail of renewing old collaborations, inviting new friends and exploring new territories. The artistic directors kicked off the season with a visit to Kadriorg Palace, Tallinn to honour the Estonian independence. Petri Tuhkanen had been invited to the reception hosted by Estonian president Kersti Kaljulaid for his awarded lightning and video design for Eesti Draamateater’s production Crime and Punishment in 2020.

Dreams for Sale returns to the depths of Finnish National Museum on August 24th. The site-specific creation directed by Anna Lipponen has altogether 14 shows within the period of three weeks (until September 12th).

RadioLove has been selected to the artistic program of Bergen Fringe Festival. At the festival the show will be presented twice – on September 3rd & 4th at Cornerteateret (Kongesalen). The festival visit to Bergen marks also the Studio Total’s debut to perform in Norway.

At the same time Anna and Petri have invited the Berlin-based dramaturge Katja von Der Ropp to continue the artistic collaboration they started already in RadioLove. The artistic concept development is well on the way for a Finnish-German co-production that will premiere in the spring of 2022 in Munich.